Piatkus (UK & Aust) are rereleasing the Riley series from March next year, and have redone the covers to match the style of both Deadly Desire and Bound to Shadows. And they rock! 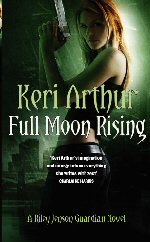 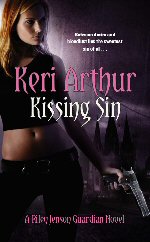 In other release-related news, Moon sworn (riley 9) should be out summer 2010. As soon as I know the full date, I’ll let you know  🙂

In writing news, Risa still seems to be rolling along nicely. She’s gone and had a chat to Riley and Liander, and she’s now about to get into another fight. Bad men want to snatch her. She’s not planning to go along with this plan. lol. Here’s the official update:

New pages – 6
Time spent writing – 5
Current page count – 82
Intriguing things – Riley becoming a photogragher. Who knew?
Annoyances – not knowing the plans of the bad men. Muse needs to get to work pronto and provide a reason for their actions!
Music – Eco Zen 2
Taking care of Keri – rested the knee today and trying not to feel guilty about not get to the gym. lol. Who would have thought I’d ever be addicted to exercise!
Muse food – been on a movie binge. Today I watched Watchmen and Shoot ’em Up. The first was strange and not really likeable, the second over the top but brilliant fun. Plus it featured the ever watchable Clive Owen.  🙂