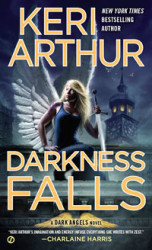 yes, I know, it’s been ages! But I’ve been kept seriously busy with re-release edits and trying to get new books finished and delivered (not to mention gallivanting off to conferences and holidays), that something had to give.

It was, I’m afraid, this blog. I’m generally still active on Facebook and Twitter whatever my deadlines, but they’re a whole lot easier to update (no matter how annoying I often find Facebook’s constantly changing landscape!)

Anyway, enough with the whinging. I’m here to update you all on what’s been happening in my writing world.

As it happens, I’m currently in deadline hell, trying to get Wicked Embers–the 2nd novel in the Souls of Fire series–finished by it’s hand in date of November 1st.

Smack in the middle of that deadline comes the Conflux Conference (Oct 3-6). If you’re a writer who happens to live in Canberra (or out of it!) it’s well worth going. Once again they’ve come up trumps with lots of good panels and workshops, and this time there’s also several editors taking pitches. For more details, head to their website 🙂

Release wise, I have the re-release of Penumbra coming in October, and the last of the Dark Angels series–Darkness Falls–coming in December.

And what about 2015? Wicked Embers is slated for a July release, and City of Light–the first in the brand new Outcast series–will be coming out later in the year. I also hope to get Fowl Deeds, the 2nd book of my Harri Phillecki self-published series written and out there.

In the meantime, keep an eye on my Facebook page, or join up for the newsletter, because as soon as I get Darkness Falls ARCs, I’ll be giving them away!