A fine, sunny day in LA today, even if it was a slightly chilly start. The tour started off at the Hollywood forever cemetary, where we found the graves of Cecil B DeMille, Tryone Powers and these two: 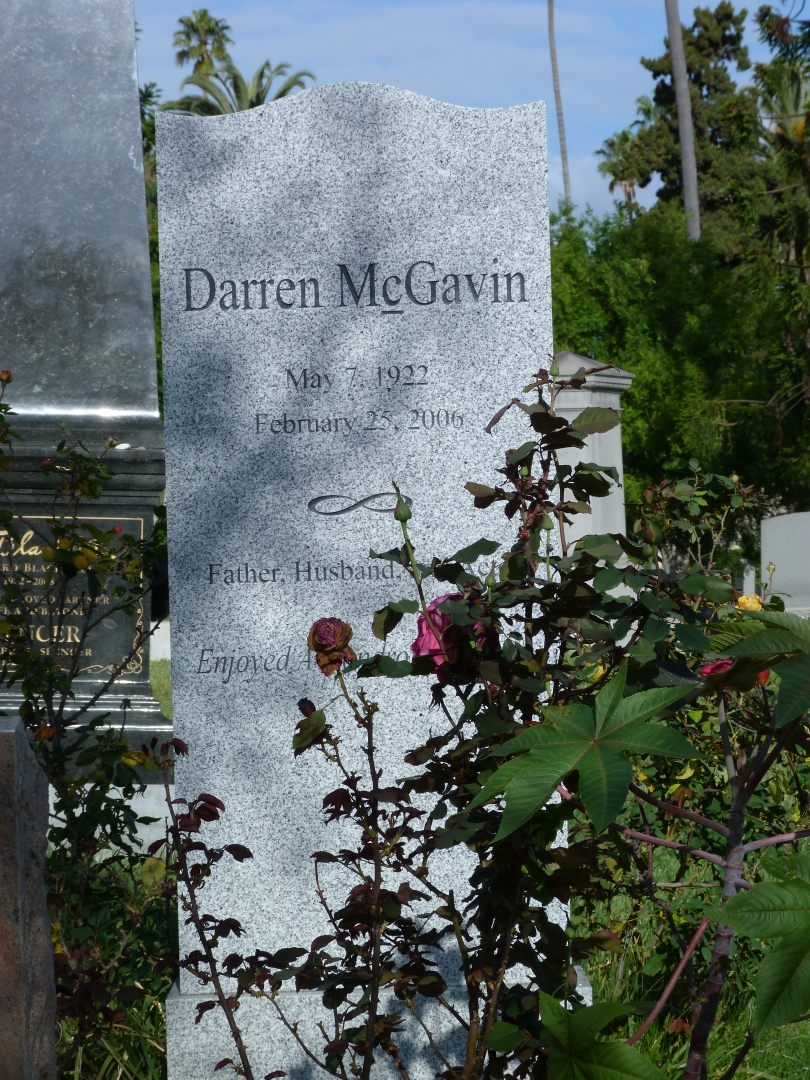 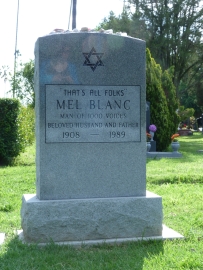 Then it was off to see the Hollywood Bowl, and Mel and I climbed up to the bleachers.

from there, we did the walk around tour of Grauman’s Chinese Theatre, Walk of Fame, Kodak Theatre and Madam Tussaunds–only we did Trussaunds then basically skipped the rest and went shopping. There were sales–how could we resist? But here’s some pics from Trussaunds: 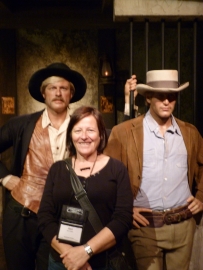 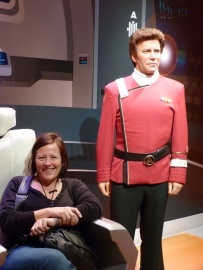 From there, we went to the Griffith Observatory, but only stayed long enough to take a couple of pics (the next stop was the San ANtonio Winery tour, and there was wine to be consumed!). Did manage to take these pics: 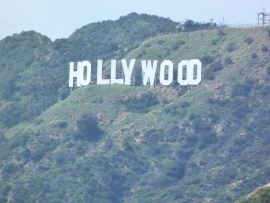 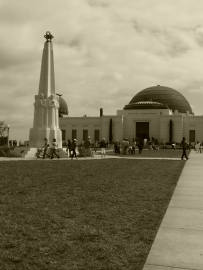