Today was day 2 of RT’s pre-con tour, and yet again we managed to do some shopping in between all the sight seeing. Amazing that 🙂

The day started off with a visit to the Sony pictures studio, which I’ve been to before but it was still interesting. Took some more pics with the monochrome setting on my camera, simply because I thought it would suit the style of buildings: 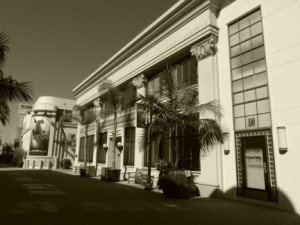 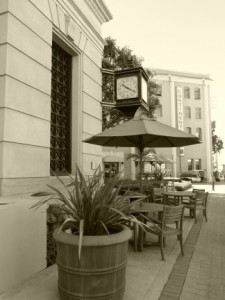 Then it was off to Santa Monica pier, where I managed to get sunburned, and where we discovered the slowest Taco Bill place in existence. Twenty minutes to get a soft chicken taco that was no bigger than the palm of my hand. Crappy taco aside, the beach was stunning, although the pier was disappointing—very commercialised and not many good stores. 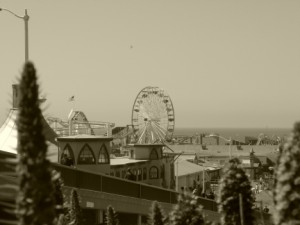 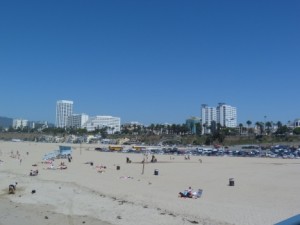 And here’s a pic of me and Mel on the pier: 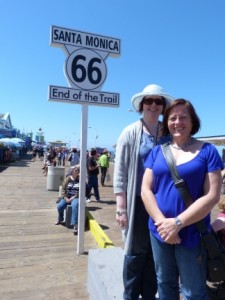 Then it was off to Rodeo drive, where we invaded Tiffney’s and discovered just how expensive our taste was. I loved a little diamond encrusted dove necklace that was a little over my budget but quite cheap considering Tiffeny standards—2 grand. I’ve decided I’ll purchase it the first time one of my books hits No1 on the NYT list (yes, it might never happen, but hey, everyone has to have a goal in life!). In the meantime, I got myself a regular silver dove from Tiffney’s :). Here’s a couple of pics of places where regular people don’t usually shop: 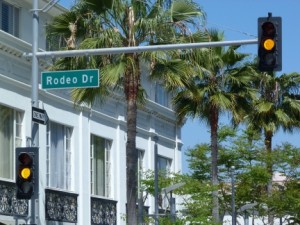 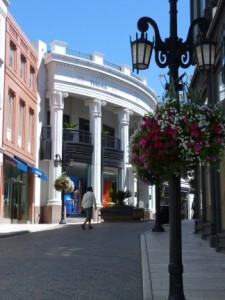 The it was off to the La Brea Tar Pits museum, where, as the name suggests, they have tar pits—and lots and lots of fossils that have come out of said tar pits. 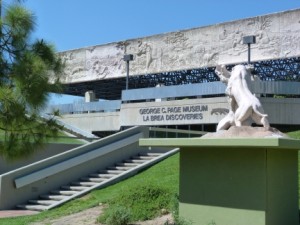 Here’s a pic of a fake wooly mammoth stuck in one of the pits: 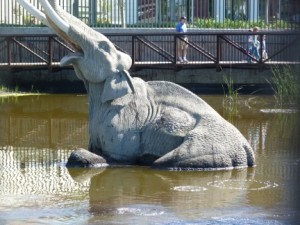 and here’s the real bones of a mammoth found in the pit: 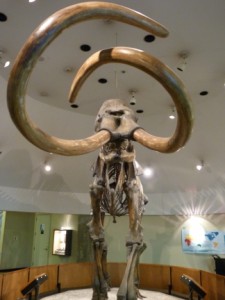