And, you guessed it, it’s from Wicked Wings, book 5 of the Lizzie Grace series, which is OUT NOW!

To celebrate said release, we have more sentences this time  🙂

Monty appeared a few seconds later. He had a multitude of twigs in his hair and scratches on his arms. Belle followed him, her grin unrestrained.

“What have we got, Liz?” He hobbled over surprisingly fast.

He had the grace to look chastened, if only momentarily. “Sorry, just eager to get back into the action. Been going a bit stir-crazy after all the inactivity and hospital stays.”

“You worked in spell cataloging for most of your working life. You should be used to inaction.”

He stopped beside me. His face was flushed with heat, and sweat dribbled down his cheeks and stained the underarms of his shirt. “It seems I’ve gained a taste for action, despite being in the reservation for only a short time. What do we have?”

I grinned. “Did Belle tell you about the ones we found earlier?”

“Yes, and Ashworth should have waited for me. I am the stronger witch.”

“Dare you to say that to Ashworth,” Belle commented. 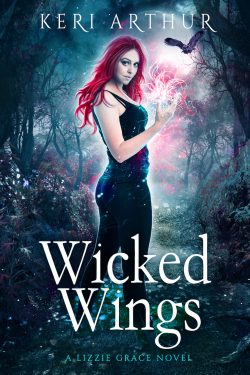