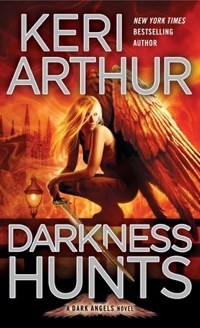 It’s been a somewhat hectic start for me this year, with 3 lots of edits and a set of proofs hitting my desk over the last three weeks (and three of those four needing to be done and back on editors desks by the end of January). There’s been little time for ‘real’ writing, let alone the brain space to think about blogs (or the writing thereof).

It wasn’t supposed to be like this, you know. When I’d imagined life as a full time writer, it didn’t involve endless rounds of edits. Nor did it involve hours and hours of proof reading stories I’ve already read what feels like a hundred times, trying to find errors I’ve skimmed over every other time. My vision was a whole lot more leisurely—contracted books written with months to spare, edits that came in at decent intervals, with weeks rather than days to complete them.  Plenty of ‘me’ time to do other things. You know, like have a life. The reality is a whole lot more frantic!

Which, when the brain cells actually started to think about it, was the perfect subject to blog about—the myths of publishing versus the reality  🙂

1—Myth: Getting traditionally published is the hard bit. After that, it’s easy street.

Reality: Getting traditionally published may be hard, but staying published is even harder. Once upon a time, publishers were willing to ‘grow’ authors, but these days it’s all about the sales. You generally have two or three novels in which to prove yourself (if you’re lucky). After that, if you haven’t met the publisher’s sales expectations, you’re out the door. And if you think being published once will make it easier to find another publisher, then think again. Those bad sales figures will come back and bite you in the butt (which is why many authors in that situation simply write under another name—it’s a fresh start).

2—Myth: Self publishing is easy.

Reality: That depends. Sure, self publishing itself is very easy. Places like Smashwords and Amazon have step by step instructions to enable anyone and everyone to put their masterpiece up. And that’s the problem. Everyone is doing it, so how does one unpublished author with no audience or platform behind them stand out in the crowd? One way is by not publishing the minute it’s finished. If you’re going to self publish, do it right. Be professional. Unless you’re an editor yourself, get the thing edited. Get it copy edited. Proof read it. Pay for a decent cover. Treat your self published work like traditional publishers would treat it. No first draft is perfect, no matter who you are or what you think. If you want to grow your audience, then you have to act professional and put out the very best work that you can. Oh, and while you’re doing all that, keep writing. In self publishing, you often don’t start making decent money until you have three or four books available.

2—Myth: Once I’m published (whether by traditional methods or self publishing), the money will start rolling in.

Reality: Only a small percentage of authors will ever make millions, no matter how they’re published. The reality is that most authors will keep their day jobs—at least until they’ve become well established names (meaning they’ve had at least four books behind them that have all sold above publisher expectations).  Remember also that most traditionally published authors are given an advance, and that advance has to be earned out before any royalties start rolling in. I’ve only recently receiving royalties on my first four Riley Jenson novels, and it’s been 7 years since the first one was released. I don’t expect to get royalties on the remaining 5 books in that series for another couple of years. When it comes to my two Myth and Magic novels, I don’t ever expect to get royalties, because they sold really, really badly (the reason why there will be no more—publishers don’t want books that don’t make them money.)

3—Myth: Traditional publishing/the print market is dying. Self Publishing is where it’s at.

Reality: Traditional publishers and printed books aren’t going anywhere. In fact, right now, print novels still hold about 70% of the market. Granted, the landscape has changed vastly for traditional publishers over the last two years, and will continue to so for a few years yet, but you can bet your arse that publishers can and will continue to exist. The big six may eventually become the big four or even the big two–a process that has already begun with the merger of Random and Penguin (and I really wished they’d called themselves Random Penguin! Think of all the fun marketing they missed out on), but they will continue to print books. Remember, people swore black and blue when the mass market format came out it would kill the hardcover market. They said the same when trade size came out. And now they’re saying the e-format will kill mass market. Sales may have gone down, but they’re not dead. Will traditional novels continue to hold 70% of the market? No one knows, but many think the market will probably even out somewhere around 50/50. But remember, traditional publishers also e-publish, so they won’t only be dominating the print market, you can bet your life they’ll be taking steps to do the same with e-publishing.

4—Myth: Anyone can write a novel

Reality: Anyone can write a novel, but not everyone can write a good novel. That takes time, practice, perseverance, and a willingness to correct mistakes and learn. Talent certainly plays a part, but good books are more often a result of rewriting, not writing.

5—Myth: Writing is the best job in the world.

Reality: It totally is! But it’s not easy, and it is a job. You have to treat it as such.