And once again it’s from BURN, which is now available everywhere!

A sharp burst of gunfire bit through the noise echoing up the stairwell; bullets pinged off the walls and sparks flew.

“Run,” Kaiden said, even as he stopped and swung off his backpack.

I bolted up the steep steps, keeping a grip on the central support in an effort to stop another fall. The musk of the drakkons sharpened. We were close. So close.

There was another explosion, and the shaking in the stone under our feet grew more violent. This time, it wasn’t just dust that rained down but also chunks of stone. I flung my free hand over my head in a vague effort at protection and raced on. 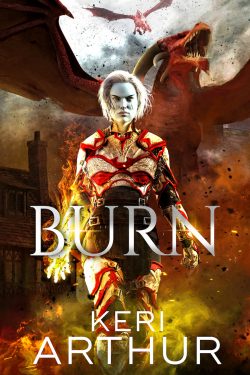