It’s Tuesday, so it must be time for a teaser. This time, it’s a light-hearted scene from Hell’s Bell. 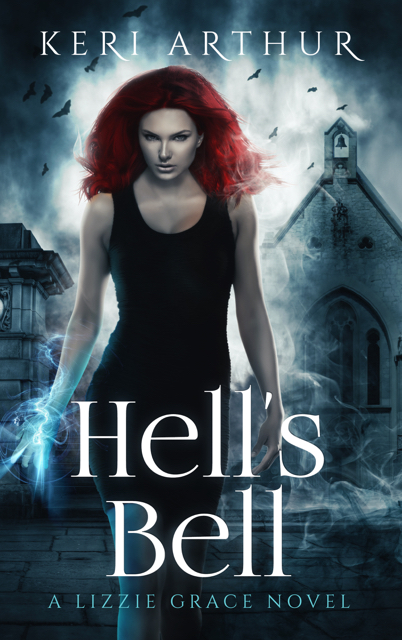 I woke who knew how many hours later. Though my door was shut—something I couldn’t remember doing—noise still drifted up from downstairs. It sounded as if there were a lot of people down there, and it made me wonder what time it was.

One in the afternoon, Belle said, amusement evident. To say you slept the sleep of the dead would be an understatement.

Seriously? I threw the blankets to one side and scrambled out of bed. Why the hell didn’t you wake me?

Because you needed the sleep. Now shut up and drink the potion that’s waiting on the bedside table.

I glanced to my left. The glass was large, and the potion a rather sludgy greeny-brown color. Even from where I stood I could smell the thing. I thought you said you were going to be kind?

That was last night, when your stomach was fragile.

How do you know it still isn’t?

Because I’ve been hanging around you long enough to know the only thing your stomach will be doing after such a sleep is rumbling with hunger. So drink that shit, grab a shower, and then get down here. Your ranger is getting antsy.

Feed him another brownie and tell him I’ll be there in ten minutes.

He’s already had three. At this rate, he’ll be eating our profits.

Says the woman who feeds her wolf all manner of goodies.

The difference, Belle said, her amusement increasing, is that he needs the sugary energy boost because he has a woman with a healthy sexual appetite to look after.

Thanks for the cheery reminder that I’m in a drought, I replied. Appreciate it.

She laughed. So get your butt down here in something sexy, just to remind Aiden what he’s missing out on.

I snorted and headed for the shower. Yeah, right.

When I did get down there nearly fifteen minutes later, it was in jeans and a tank top, with a checked shirt over the top of that.

Oh, that’s really putting it all out there, Lizzie. Good job.