Our last full day in Ireland was basically spent in the bus as we journeyed back across Ireland to Dublin. It was also what they call a ‘soft’ weather day here in Ireland, which means it merely rained most of the time rather than pissing down all of the time. So, not a lot of photos to share today.

Our first stop was at the pretty little village of Adare. They actually had a great genealogy shop here, and I finally found some historical information about my mum’s side of the family (there was information everywhere about my dad’s side, which was unexpected because there’s more Scottish rather than Irish on his side.) Anyway, here’s some pics of Adare: 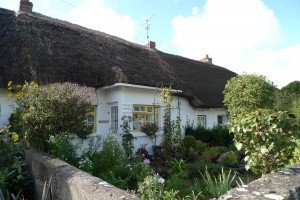 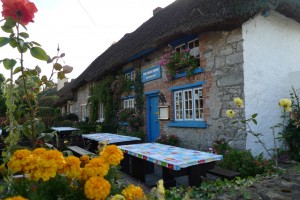 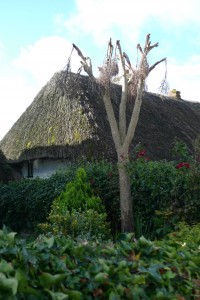 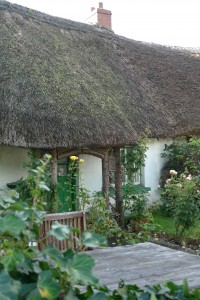 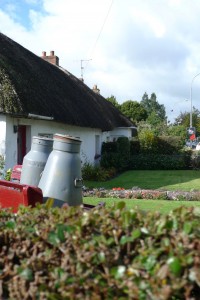 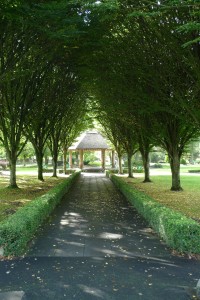 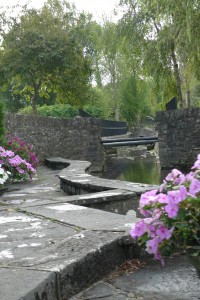 then it was on to Bunratty Castle, which was a huge disappointment. I was expecting a great big castle but what we actually got was an overly large keep. And it wasn’t open for a browse around, either: 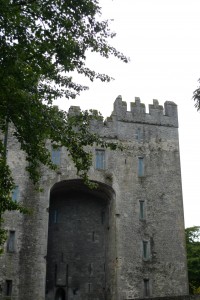 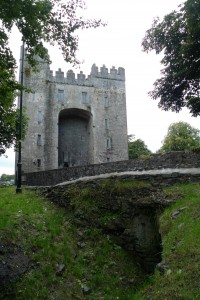 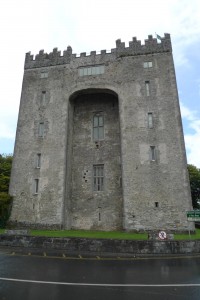 Our lunch stop was spent in Limerick , where King John’s castle resides. Now, it looked like a proper castle (even though I only got side shots of it as we cruised by): 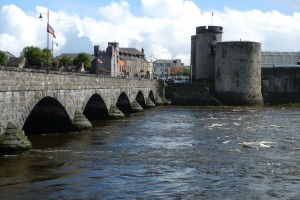 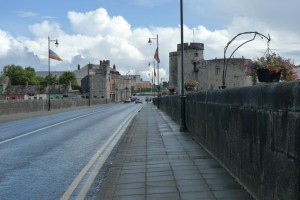 then it was on to Dublin and an evening meal spent at the Merry Ploughboys Pub in the Dublin mountains. Great food, drink and entertainment. Two of our gang even got called up on stage—Michelle because she couldn’t catch the rhythm of the music and stop clapping when you were supposed to, and Graham to share his skills in Irish dancing. Here’s a couple of pics of the band, Michelle and Graham: 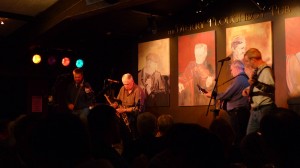 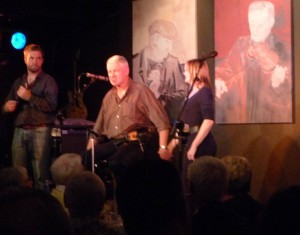 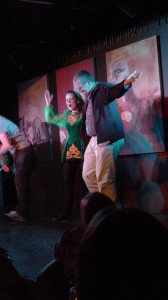