Well, the rain continued today, but its nothing we Melburnians can’t handle. It’s the Queenslanders who are struggling 😉 We left Galway today (or as some of the guys were putting it, we escaped cell block B, although I actually suspect prison would have been a whole lot more comfortable than The Carlton in Galway. Avoid at all costs, people!) Our first stop of the day was the sleepy little village of Kinvara (the driver needed to get to an ATM). Here’s a couple of shots of the ruins here (one is a Keep, the other a famine house): 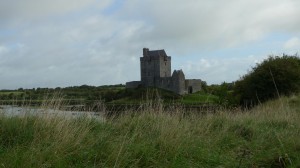 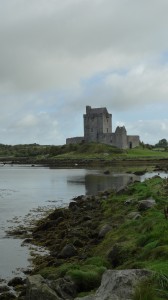 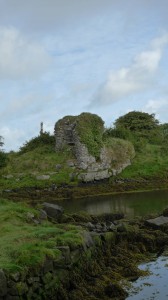 Then it was on the road again as we headed for the Cliffs of Moher. Along the way, I took this pic– the mountains you see in the distance are all limestone. When we got up there, it felt like we were driving through a lunar landscape–totally not what you expect of Ireland (although the green pasture in the foreground is!): 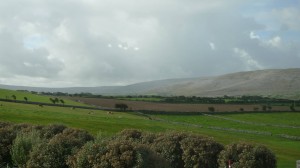 We also stopped at the Gragan look out, which provide these stunning vistas back down to the sea: 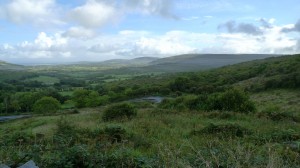 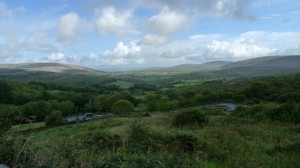 Then it was the Cliffs of Moher, the highest (easily accessible) cliffs in Europe, which tower over 700 feet above the ocean. As you might suspect, I took lots of pics here: 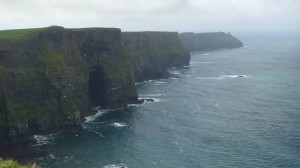 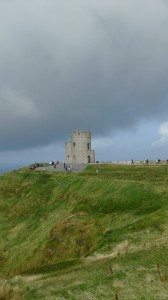 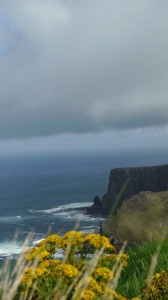 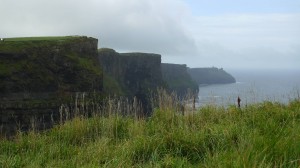 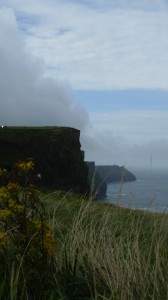 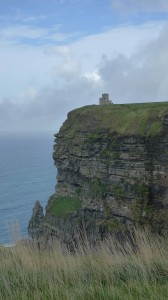 Lunch was at another sleepy little town whose name escapes me, but the sandwich was amazing! Fresh brown bread cut an inch thick (at least) filled with turkey and salad—yummo 🙂 I also discovered their home made neenish trarts and indulged in one of those too (god, let’s not discuss the food I have eaten on this trip—I hate to think what the scales are going to say when I get back).

Then it was on to the Killimer/Tarbert ferry over the river Shannon (which is a truly massive river that I have no pics of because it was pissing down rain again). From there, we made our way down to the Plaza Hotel in Killarney (and the hotel is stunning!). Along the way, I took these pics of green hills and abandoned keeps: 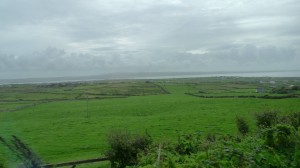 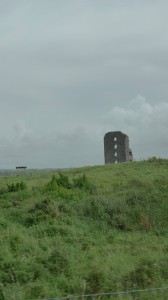 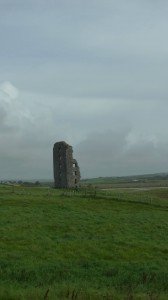 tomorrow we tour ‘the Ring of Kerry’