I’d love to say Tuesday dawned fine and sunny but that would be a lie. Grey and drizzly is as generous as the weather gods got today. But we piled onto the bus regardless (which, by the way, has a problem with the heating—it’s always on and it’s cooking us all). Our first stop was the Hill of Tara, where we viewed a video of the history of the place then did a tour. Thankfully, the weather gods took pity on us, and the rain stopped long enough for us to walk around. We were also among the first there, so got to enjoy the full impact of the place without hordes of other tourist tramping all around the place. Here’s some pics:

The church—this is actually the third church built on the site. The first was a wooden structure, and the second was medieval (you can see the remnants of this one in front of the church in this pic). The current one was built in the 16th century (I think) and is now used as an information centre: 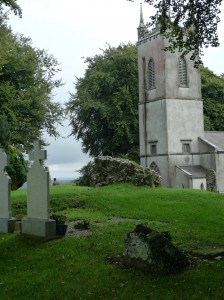 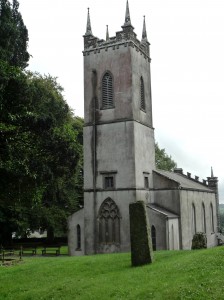 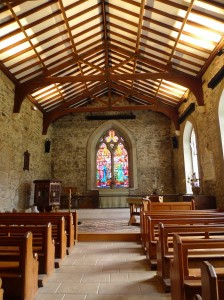 This is a pic of the mound of prisoners: 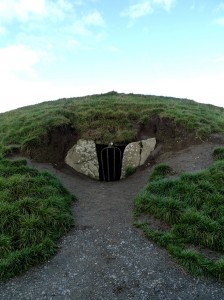 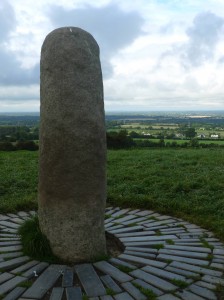 a rear view of St Michael’s statue with the view beyond: 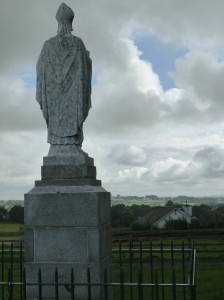 Then it was time to move on—on the way we passed Trim Castle, the castle that was used in the film Braveheart. It was still pissing down rain, so I only got the one shot: 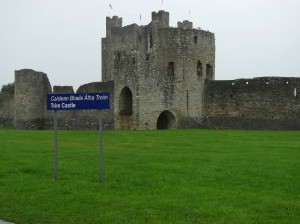 We had lunch in another Irish town whose name escapes me, but the food was brilliant and the staff friendly.

Then it was on to Clonmacnoise, which holds the 6th century monastic settlement that was founded by St Ciaran. It holds the remains of nine churches (although I can’t remember actually seeing that many) and a round tower dating back to the 16th century. This place was amazing, and I got lots of pics here on my other camera.

This grieving monk statue greets you at the entrance 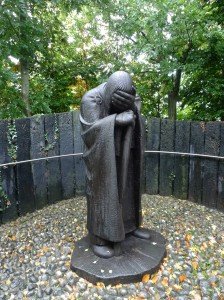 Now onto the remains pics: 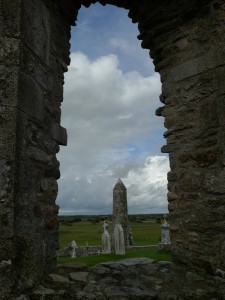 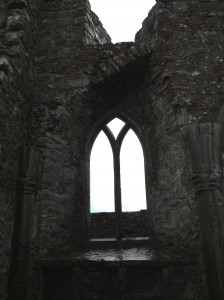 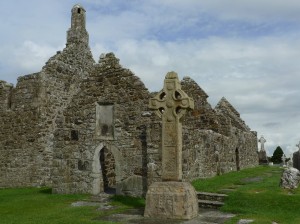 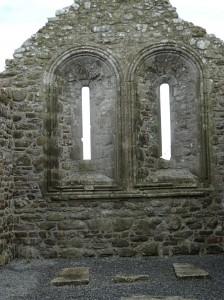 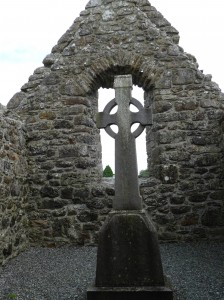 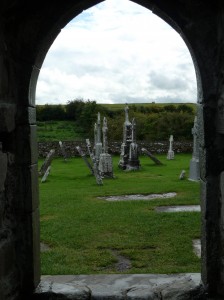 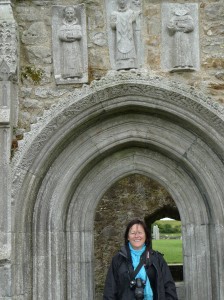 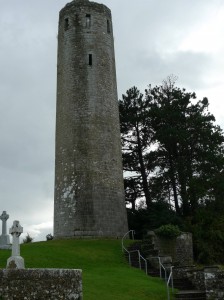 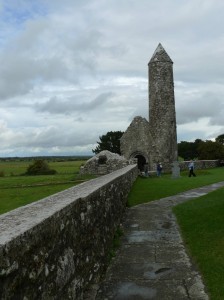 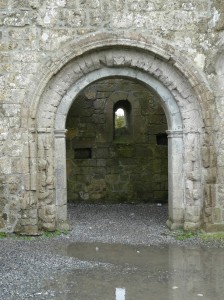 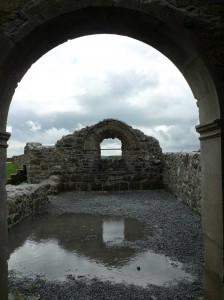 Then it was onto our hotel in Galway, which is something of a let down after all the fab hotels we’ve had so far. As hotels go, it’s almost ok. Almost (if you skip the smell of mould, the lack of soap, no internet, phones that don’t work, and as it turns out, meals that were massed produced.) Oh, and while I’m having a minor rant, can I just say one thing to the staff of UK & Irish hotels? SHEETS ON BEDS, PEOPLE!!! Not everyone is cold blooded—not even us Melburnians—and the tendency to put only thick doonas on the beds, many of which can’t be shaken down, makes sleeping a sweaty event or nigh on impossible. At least providing sheets would mean we could throw the bloody doonas off and still have something over us!

now that I have that off my chest, I’ll just finish by saying that tomorrow we spend the day exploring the Galway area. Hopefully it’ll rain slightly less!