Hey all, sorry if you’ve been hanging about waiting for an update, but internet access in Kuala Lumpur was pretty damn expensive, so I’m hitting you with 2 days of pics in the one post. Day 1, as you may have guessed was Kuala Lumper, which as hot and muggy as hell. In fact, as much as the heat was a nice respite from the Melb weather, I got over it really quickly. We only had one day, so we a tour in the morning, taking in the major sights–the massive war memorial, a chinese temple, the amazing all metal twin towers and of course, the shopping districts and China town. Can I just warn everyone that China town can be a real money pit? lol Of course, every thing there is real! (real fakes that is.)

This first pic is of one of the dragons at the Chinese temple: 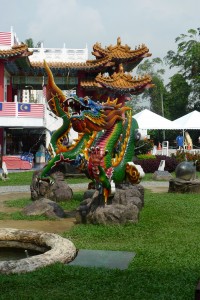 This next pic is the KL war memorial. It is truly massive (and made by the same guy who did the similar US one): 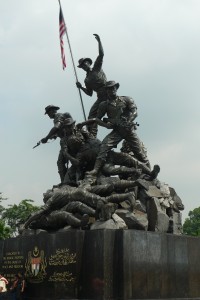 Next up is the Twin Towers–these things were amazing–and shiny! 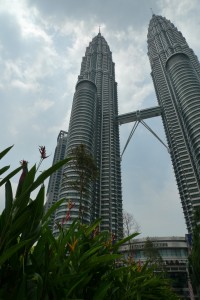 After a long day touring around KL and getting hit on by the many Chines traders desperate to sell you cheap DVDs and ‘real’ Prada bags, we got on the plane and did the long haul to England. The plane food was pretty much average for plane food–although I asked for no seafood, and for some reason, they seemed to think that also meant no cake and chocolate. Keri was not amused!

We hit the ground running at Heathrow, skipping out of London and heading for Salisbury Cathedral. It was bloody awe inspiring. I got tons of shots here which I’ll load up on my flicker site at a later date, but here’s a couple to get you through: 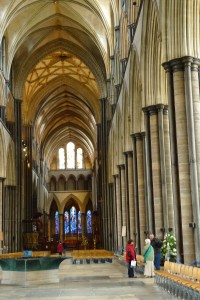 The next shot is the cloisters at Salisbury Cathedral: 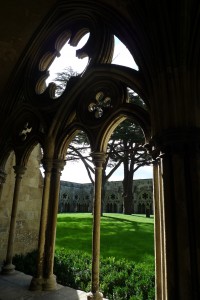 We also found the cutest little tea shop just down the road from the cathedral, and they had the most amazing hot chocolate. They also didn’t do a bad line in shortbreads. I resisted their evilness because I had the hot chocolate. I shall not be resisting the Devonshire tea when we have more time for it 🙂

Oh, and on the way out of Salisbury, we saw Stonehenge. Most disappointing! Aside from the people that where everywhere, it’s basically on a little bit of land stuck between two main roads. Not what I expected at all. I did get a pic, but its on my DSLR.

Which leads us onto Bath. It is truly a beautiful town–so old, so graceful and oddly peaceful (aside from the idiots on four wheels. Honestly, Brits are crazier than Melburnians behind a wheel, and that’s saying something!) We did a walking tour this afternoon, checking out places like The Circus, Queens Square, the Avon River weir, the Roman baths, the Assembly Hall, as well as all the quaint little side streets. Again, I’ve got a ton of pics on my main camera, but these are some I took with my smaller camera:

First up, the famous Bath apartments: 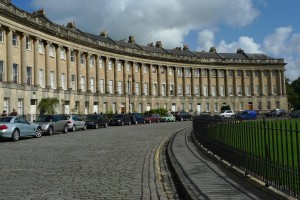 Next, the main dining hall inside the Assembly Hall: 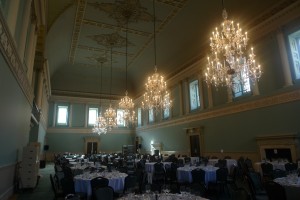 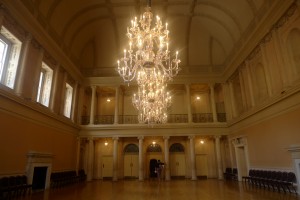 They also have a fab ‘clothing through the ages’ musuem in the hall (which included Diana’s clothes at the moment. Man she was tall!). Here’s a random pic of gloves: 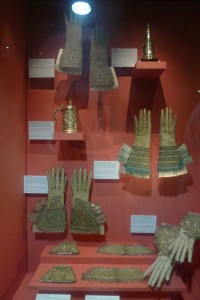 and finally, the main pool of the Roman Baths. Unfortuantly, the bloody battery in my camera died in here, and I didn’t have my DSLR with me, so I haven’t got as many pics as I’d have liked on, although I did get a couple of good ones with the iphone: 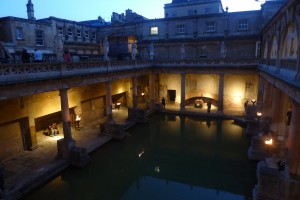 I think it’s down to Cornwall tomorrow, so internet connection willing, I’l post more pics then. If you’re on twitter or facebook, you can see more pics there