Day four was a bloody long day. We journeyed from our hotel in Mullion to our eventual destination in Broadway (Cotswolds) and we were travelling for just over 12 hours (including stops). In fact, we made our Broadway hotel with 2 minutes left on the driver’s clock—the tour buses here shut the engine down once the driver has driven a certain amount of hours. Any later, and we would have been stuck for a couple of hours until the bus decided the driver had rested enough.

Our first stop of the day was Padstow, which is Rick Stein’s turf (apparently he owns a good percentage of the eateries here, too). Here’s one of them: 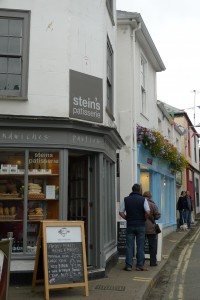 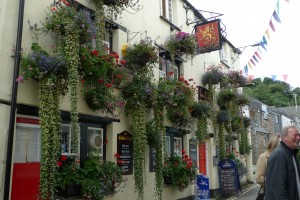 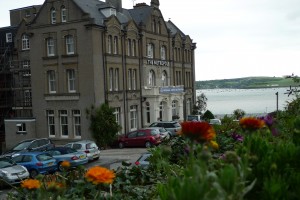 next up was move Clovelly. This is a privately owned, car free old fishing village that tumbles down a 400 foot cliff, with cobbled streets and white washed cottages festooned with flower baskets. They used to used donkeys to tow supplies up and down the streets but these days the residents have access via back roads (although supplies for the main street shops have to be pulled in via a sled, because of the car free rule) 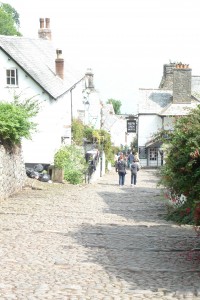 and here’s one of the houses: 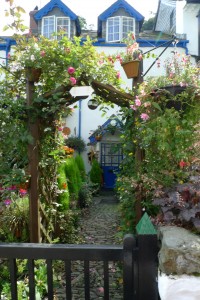 our 4th stop for the day was the twin towns of Lynton and Lynmouth. Lynton, which is situated at the top of the harbour, is known in the area as ‘little Switzerland’. Lynmouth is situated around the harbour at the bottom of the hill, and is linked to its sister city via a water driven cable ‘train’.

This little thatch was sitting opposite the bus car park in Lynton: 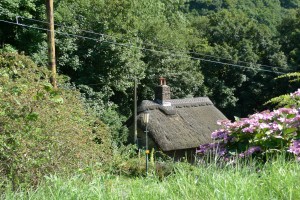 and here’s the flower filled walkway down to the train: 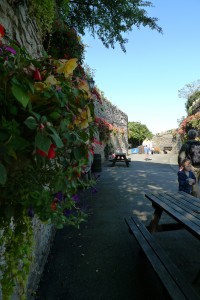 Lynmouth Harbour from Lynton (the tide is way out!) 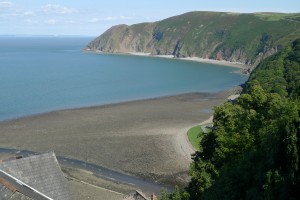 This is Lynmouth itself 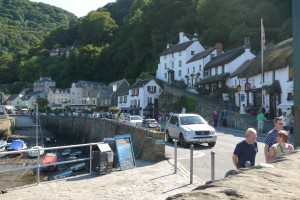 and the river running through it 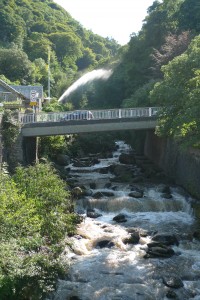 The next stop in our journey was Bude. We were too late to check out the castle, but I got these shots: 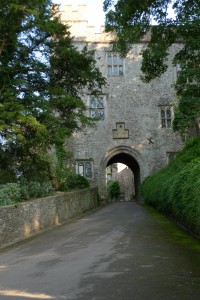 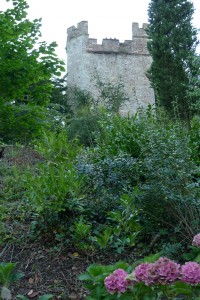 and this pic of the steepish street up to the castle 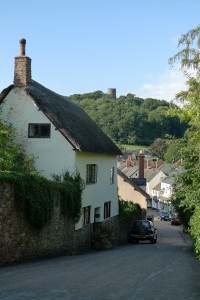 then it was the long drive to Broadway. The hotel is totally amazing—so damn old you can feel the history leeching out of the walls. I think the driver said it was built in the 17th century, but given how tired I was by the time we got here I won’t guarantee that information. But as much as I would have loved to have fallen into bed after dinner, I wasted hours trying to get onto the website trying to update the blog. I figured there was something wrong there end—despite their claims to the contrary—and it turns out I was right. Their system had to be rebooted. Wish they’d realised that last night, so I could have gotten to bed earlier!

Tomorrow its a tour of the Cotswolds!