Day 5 of our UK & Ireland tour was—finally—an easy one. We toured the Cotswold towns of Bourton on the Water, Stow on the Wold, and Morton on the Marsh. We also detoured through the pretty town of Evesham, with its gorgeous little Tudor houses.

But first up, a pic of our hotel in Broadway 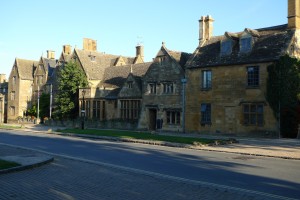 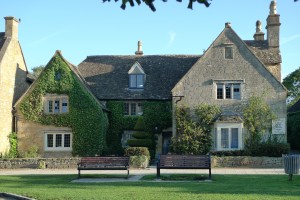 One of the many gift shops 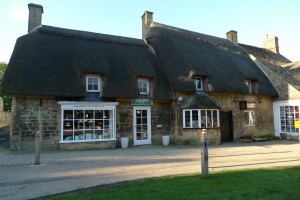 Our first stop for the day was Bourton on the Water, a pretty town that had a wide but shallow river running through it. It’s one of the towns that features a lot in the travel brochures thanks to the many footbridges that cross the river, as well as the gorgeous little cottages and shops that line the river.

One of the many above mentioned houses: 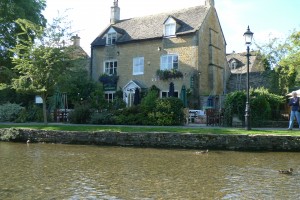 The river, as seen from one of the footbridges 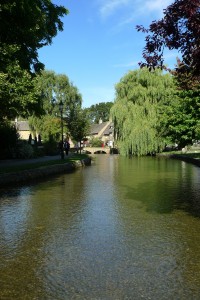 Fancy topiary on the river 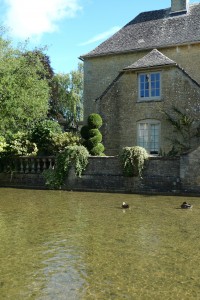 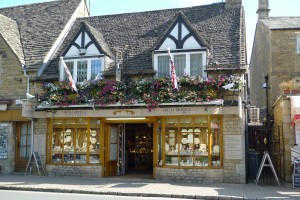 The next stop was Stow on the Wold, which was no where near as pretty as Bourton. There were still a few pretty buildings, but it’s not a place I’d want to see again (although that said, I did buy some lovely jewellery here 🙂 ): oh, and check out the tilt on the middle building: 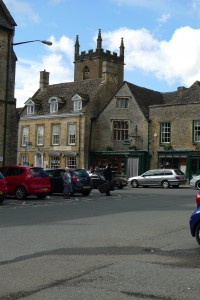 and here’s one of an ivy covered inn: 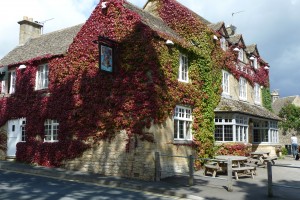 From there, it was across to Evesham. Unfortunately we didn’t have the time to do any more than a drive through (we weren’t even supposed to go here, but our driver—Alan–said we couldn’t leave the Cotswolds without at least seeing Evesham’s town centre) And after seeing it, I would have loved to have spent several hours here. Here’s a couple of pics of the famous tudor buildings: 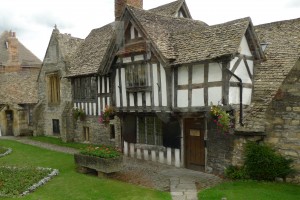 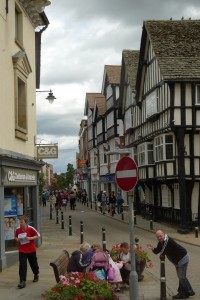 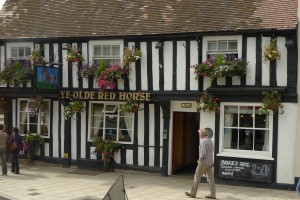 Then it was back to Broadway, and freetime. I spent mine updating the website them cruising around Broadway, checking out the shops and the many old houses. Here’s some shots I took 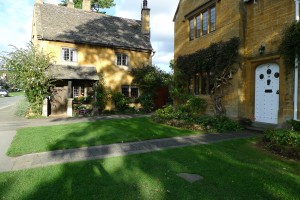 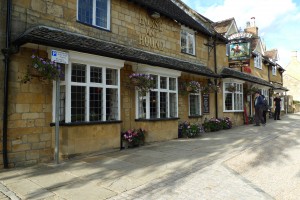 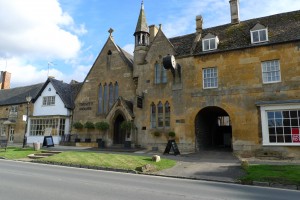 and finally, a couple from inside this amazing hotel 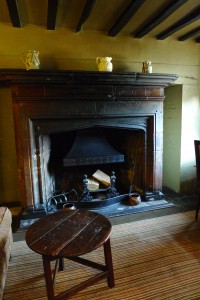 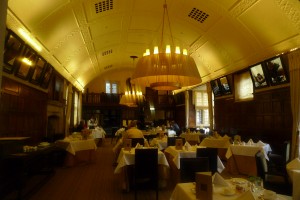 tomorrow is another long day, and includes visits to Statford upon Avon, the Wedgewood factory, Chester, before we end up in Bowness-on-Windermere, in the Lakes District