(Just a note here–if you click any of the pics, you’ll get the larger version 🙂 )

It’s hard to believe that we’ve only been here a week—it seems much longer for some reason! I’m totally loving seeing England, although there’s been times when I wished we could have spent more time in places. It’s one of the downsides of this type of tour, I guess–not that it would stop me from doing another one!

On day 6 of our travels, we left the stunning village of Broadway and journeyed through the Cotswolds district to the Lakes District. Our first stop of the day was Stratford-Upon-Avon, which is renowned for being the birthplace of Shakespeare. It’s also situated on the banks of the Avon river and filled with beautiful Tudor houses.

Here’s a pic of the house Shakespeare was born in: 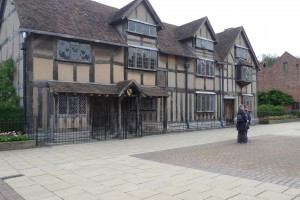 Some Tudor shops in the town centre: 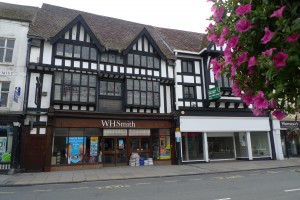 and here’s a pic of another Tudor house 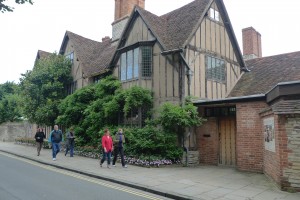 Many of these old houses aren’t straight. In this pic, you can see the door going at a different angle to the wall: 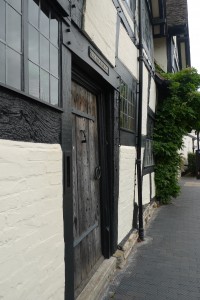 Startford-upon-Avon also has some stunning churches. Here’s a couple of black and white pics I took (thought it would add to the atmosphere) 🙂 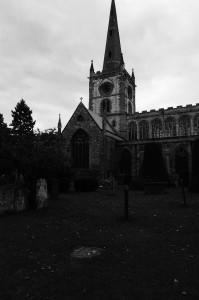 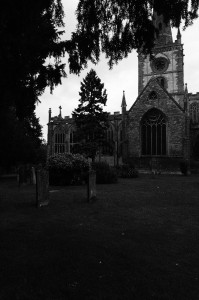 and here’s one in colour: 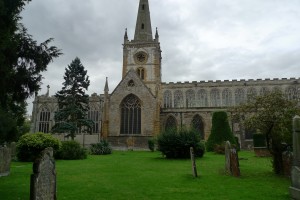 And finally, here’s the Avon river, complete with a couple of long boats and swans. We actually watched one of these go through the locks—it’s bloody hard work! (and please note here, it was the women doing all the hard work—the men lounged back in the pretence of having to guide the boat. I mean, it’s in a lock—it couldn’t exactly go anywhere!) 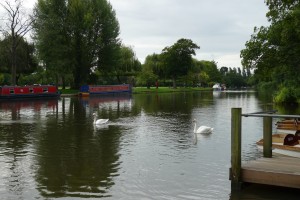 Our next stop was the Wedgwood factory, and although I could have done a lot of damage to the credit card here, I resisted. Mainly because I’m a clutz, and I could see me breaking whatever I bought in record time. I did, however, purchase a necklace–thought that was much safer. From there, we moved on to the stunning walled town of Chester, which was founded by the Romans back in the 7th century. You can still see remnants of the Roman walls in sections of the city, and in some places, you can see all three sections–Roman, Medieval and Victorian sections–quite clearly. I did get some pics of the remains of an Roman amphitheatre they’ve found, which is apparently one of the biggest outside Rome, but it’s on my other camera. 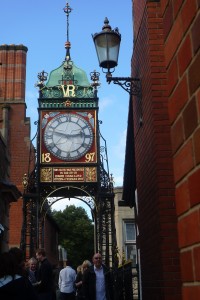 Another one from the wall, this time through an archway 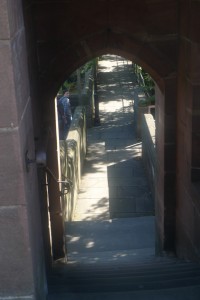 Chester’s Cathedral—again, in black and white for the fun of it: 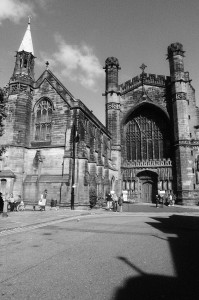 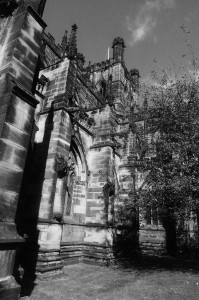 We arrived at our final destination in Bowness-on-Windermere in the Lakes district just in time to capture this stunning sunset: 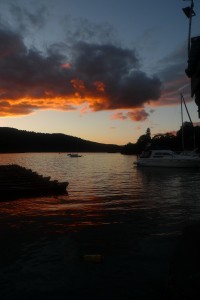 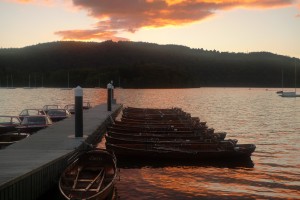 Tomorrow we have a leisurely day touring the Lakes district