Okay, after much frustration and cursing, I downloaded a photo editing program to crunch the size of the photos to see if that made any difference to uploading them. It apparently has, although it’s still taken me over an hour to upload these pics. So frustration continues–and it also means that I’m now way behind on updates again. But onto the blog…

The 1st of September started with a magnificent Scottish sunrise, as seen in the following pics taken from my bedroom window. I could see the sea! 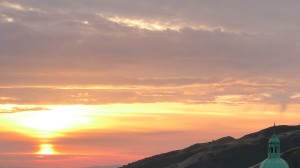 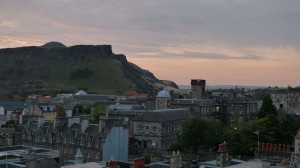 A Scottish cabbie hard at work… 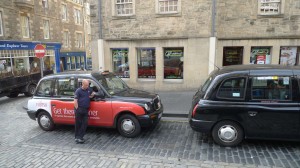 Our first stop of the day was the Palace of Holyroodhouse, the Queens official residence when she’s in Scotland. As one might expect, it was quite spectacular, but once again we were only allowed to take outside shots. Here’s a couple, starting with the rather glamorous gate 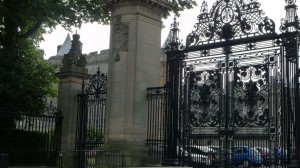 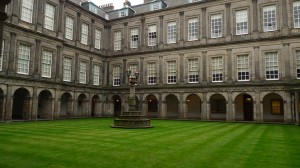 The palace grounds also contained the remains of an abby (I took a pic of the name so I’d remember it, but it’s on theother camera and I really can’t be bothered fishing it out right now). Here’s a couple of shots: 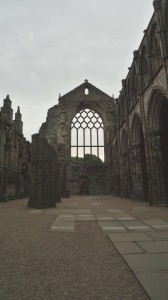 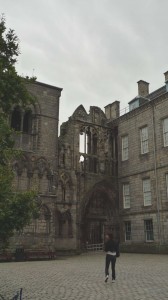 The grounds were quite extensive and very beautiful, but I’d stupidly forgotten to charge the battery on my small camera (the one I use to take all the shots for this blog), so I ended up having to nurse it the entire day, which meant not taking as many pictures as I would have liked. So, no garden pics but I did get this shot of an on kirk on top of a hill above the palace (it’s part of the palace grounds): 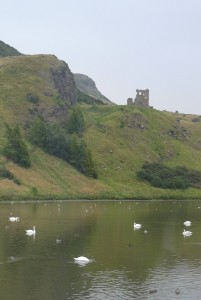 Then it was on to Edinburgh castle, which was an amazing place but totally packed to the rafters. Here’s a pic of the entrance gate, which you got to through the tattoo parade grounds. Which, by the way, are absolutely tiny. The TV lies when it comes to size! 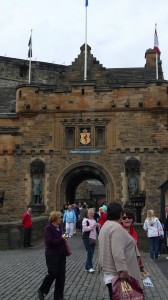 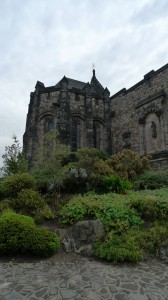 A couple of shots of the old abby inside the castle. I can’t remember the name, and again, it’s too much hassle to drag the other camera out (it’s late and I’m tired!) 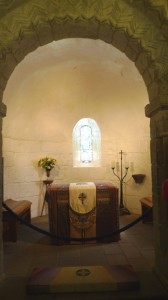 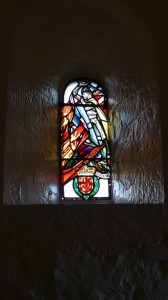 We also checked out the Scottish crown jewels, did a tour of the various museums, watched the one o’clock canon be fired (rumour is they don’t fire at 12 because that would cost too much in ammunition. By firing at one, they’re saving themselves a fortune. They’re canny when it comes to money, these Scotts. 🙂 ), and walked through the dungeons underneath the castle. Here’s some shots of where they kept the prisoners: 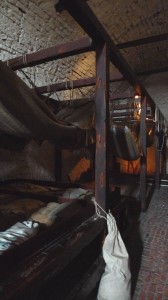 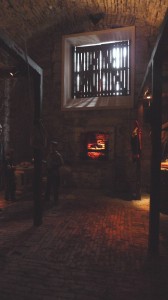 On the way home, we saw the Elephant House, the place where J K Rowling sat to write Harry Potter—as they proudly proclaim in the window: 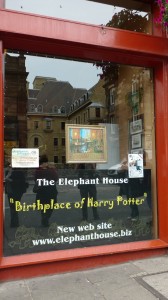 And that was the end of our day. All I can say is, I will be back! I ADORE what I saw of Edinburgh, and would love to be here when all the festivals are in full swing (we hit the end of it, and most of the good stuff—like the book festival and the comedy festival are gone.)

Tomorrow we hit the road for York, in North Yorkshire