Today, sadly, we said goodbye to Edinburgh and headed for York, in Yorkshire. We did a brief photo stop at the border, and I actually managed to get a pic with a real live piper! 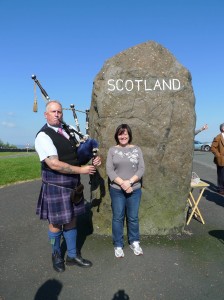 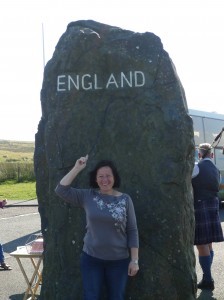 and here’s yet another pic of heather on the hills: 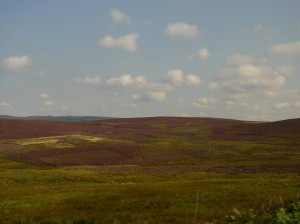 Our first stop was Durham, which is a very old city set on the bend of a river. We headed for Durham castle and Cathedral, but sadly, the bloody castle was closed. The Norman built Cathedral (or as some of the guys are starting to call them, ABC’s – another bloody church) was open. As is the case for most of these cathedrals, it was stunning. The church door had a massive knocker–apparently all sorts of criminals used to find refuge here by knocking on the door, and as long as they stayed within the church they couldn’t be arrested. 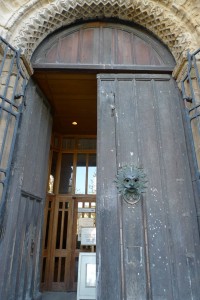 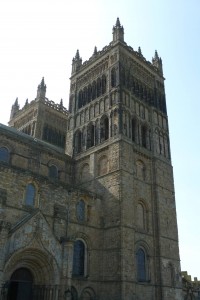 You could actually climb the tower in this one—although it was 383 steps or something ridiculous like that. Two of us did climb it, and it was worth the effort—here’s a couple of pics taken from the stop: 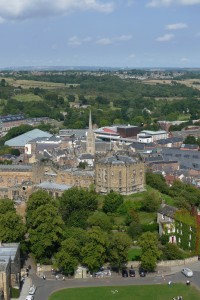 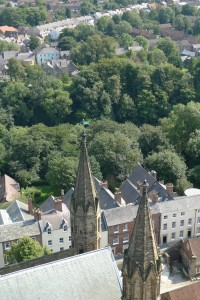 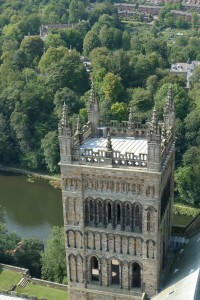 and here’s the cloisters at the cathedral: 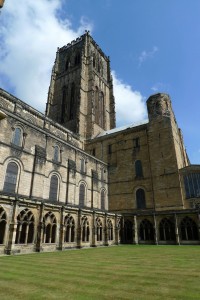 We arrived at the hotel in York, and basically dumped our bags to go on a walking tour of the city. Which didn’t stop me from taking some shots of our amazing hotel: 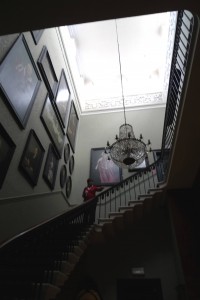 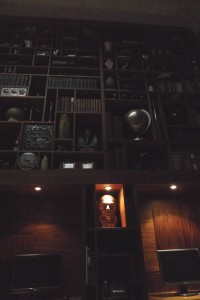 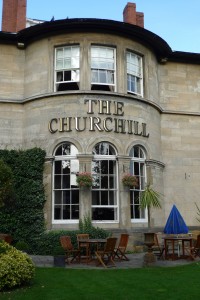 The walking tour took us to the York Minster (ABC 🙂 ), which I think is one of the biggest yet. The stained glass here and the ceiling were features: 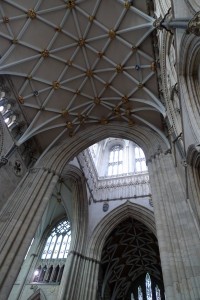 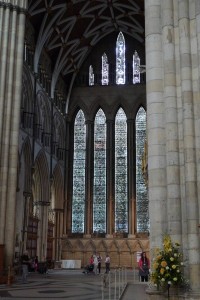 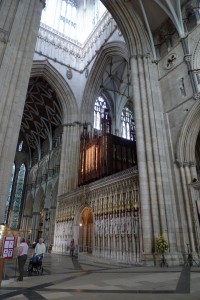 Then we had a look around the city, on our way to the Shambles, one of the oldest streets in the city (It’s medieval, I think). 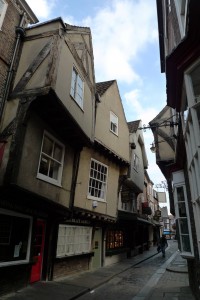 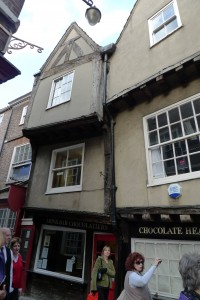 some of the other houses were cute (and again, straightness was not always a feature) 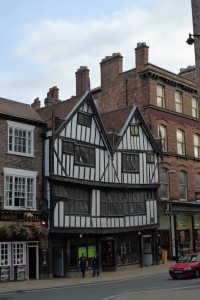 Then it was off to see York’s walls, which are apparently considered the finest medieval walls in Europe. They were pretty damn impressive (although I only have 1 shot of them on this camera): 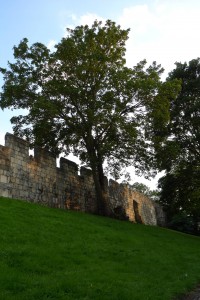 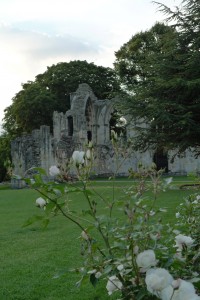 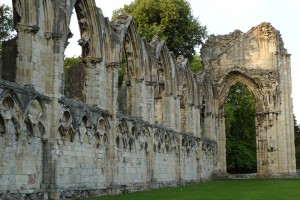 Then it was dinner time—beef and Yorkshire pud in Yorkshire!–before we took the long way home, looking at more of the magnificent buildings: 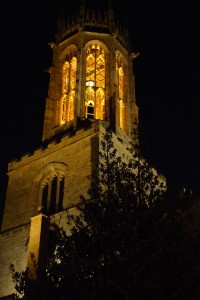 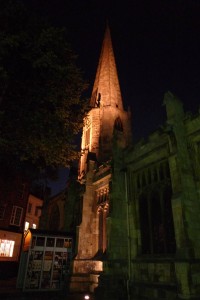 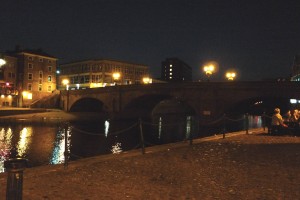 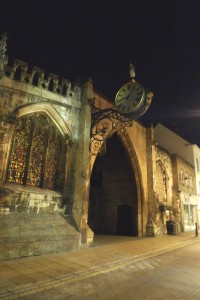 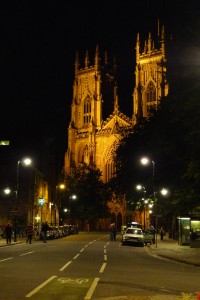 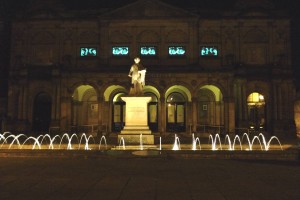 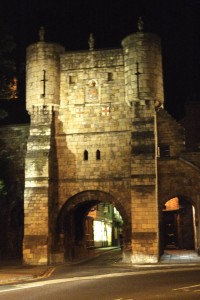