Today we packed our bags and headed for Edinburgh. Our first stop was Gretna Green, and I have to say, I was very disappointed. Talk about a tourist trap! Of course, it didn’t help that three bus loads of Japanese tourists arrived the same time as we did, and just about bought half the shops out (and I would have thought the Gretna Green people would have been used to bus loads of Japanese tourists coming though, and would have had more staff on standby for the buying frenzy, but apparently not. They just got surly about it all. Lol). Oh, and I did succumb to the tourist trap—there was tons of cashmere here, and I bought myself a couple of scarves 🙂

Here’s a couple of shots I took (as I said, I wasn’t inspired so I actually haven’t got many good ones) 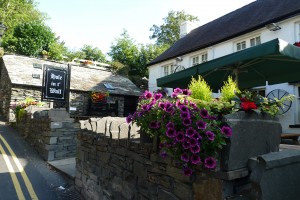 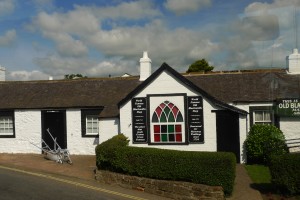 From there, we headed to Edinburgh. Here’s a shot of heather on Scottish hills: 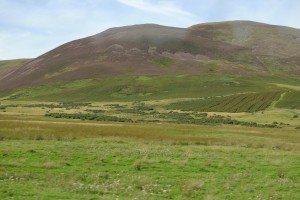 Our bus driver detoured slightly so that we could see the firth of Forth bridge (try saying that fast!) This is a monstrous steel railway bridge that spans the Firth of Forth and connects Edinburgh with Fife. It’s also not to be confused with the Firth of Forth road bridge, which is nearby, more modern, and less spectacular. Here’s a pic: 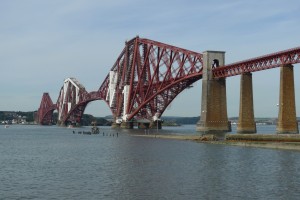 Then it was on to Edinburgh itself. I managed to take a couple of shots from the bus. The first one is a pic of a school, the second one of the amazing churches here, and the third a glimpse of Edinburgh castle: 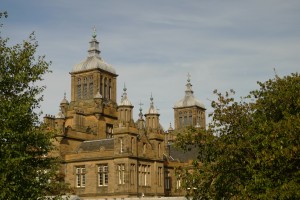 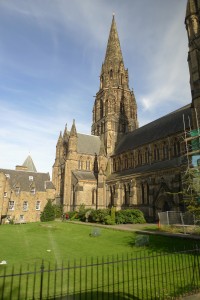 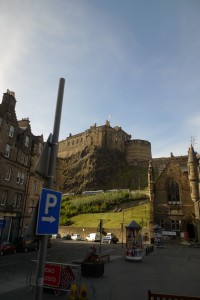 It was nearly 5.30 by the time we arrived at the hotel, so we basically just dumped our bags and did a walk around the nearby shops–but really, we were just sussing out where to spend our money tomorrow. I have already decided were my visa card is going—there’s a stunning little jewellery shop just down the road…. 🙂